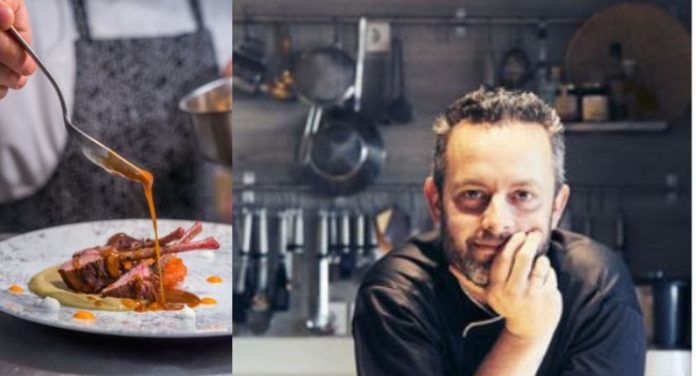 Star studded chef Ioannis Parikos, one of the most talented and respected Greek culinarians, was lucky enough to begin his career at Varoulko: The Michelin awarded restaurant which unfalteringly belongs amongst the best in the country for 20 years now.

Learning on the side of legendary chef Leuteris Lazarou, Parikos acquired a solid technical basis that helped him evolve and flourish through his work in several internationally acclaimed establishments, in Greece and abroad. His extensive range of collaborations include the 3-star Epicure of the Hotel Bristol in Paris, the 2-star Sea Grill in Brussels, but also Spondi, Hytra, Life Gallery and Water Restaurant in Chalkidiki, for which he secured 10 prestigious Xrysoi Skoufoi awards (Golden chef toques) in 10 consecutive years.

This season the celebrated chef joins forces with the Semeli: The It crowd’s favorite hotel in Mykonos Town that is more often than not, behind the birth of all new trends in the glamorous island of the winds.

Some Destinations Are Offering COVID Vaccines to Visitors. Should You Travel to Get It?

A visit of Mr. Gibson Kendis, anchor on ABC News Channel, to Tropicana –...