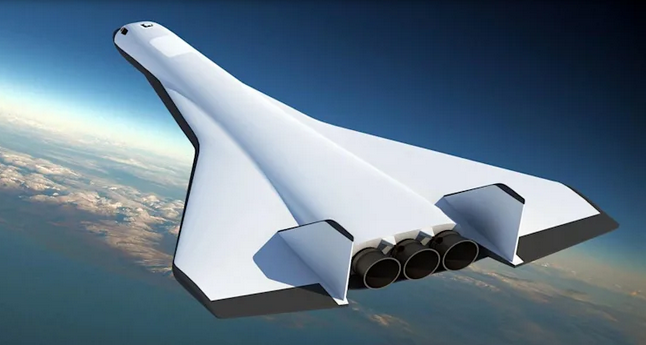 n aerospace firm has revealed the world’s first fully reusable spaceplane that can take off and land from a runway.

Bosses at Radian Aerospace, based in Bellevue, Washington, claim its spaceplane will completely transform travel – both in space and around the world.

Named Radian One, when finished, it will be a fully reusable, single stage to orbit vehicle that can be turned around and reflown within 48 hours.

The firm has raised $27.5 million in seed funding already, but experts predict it will cost well over $1 billion to develop.

“Our fully reusable, aircraft-like configuration requires far less infrastructure than vertical launch systems and can be reflown within 48 hours,” a statement from the firm claims.

The craft would have a ‘sled-assist take-off’, taking off subsonically with full propellant tanks, with a low-G ascent for safe crew flight to low Earth orbit. Once in orbit, missions could range from once around the Earth, in about 90 minutes, to a full five-day cruise.

When returning to the Earth after the trip to space, wings allow it to land smoothly on any 10,000ft runway – and be ready to go again two days later.

Disturbing: Pregnant…man among the 37 new emoji added to the iPhones!

This would allow it to land at most of the major U.K. airports, including Heathrow, Manchester, Gatwick, Birmingham and Stansted. It’s even claimed the plane could take people and light cargo to low Earth orbit.

“We believe that widespread access to space means limitless opportunities for humankind,” said Richard Humphrey, CEO and co-founder of Radian. “Over time, we intend to make space travel nearly as simple and convenient as airliner travel.

“We are dedicated to missions that make life better on our own planet, like research, in-space manufacturing, and terrestrial observation, as well as critical new missions like rapid global delivery right here on Earth”.

No one celebrates as Nammos Mykonos does

Season’s greetings to all of you from Santa Marina, a Luxury Collection Resort, Mykonos

Cruises should be avoided regardless of vaccination status, CDC says

Daydreaming of laying on the beach at Mykonos Blanc Hotel

Unmistakably Katikies: An unprecedented campaign that will take you to the ever-alluring magic of...

Best Places to Travel in June