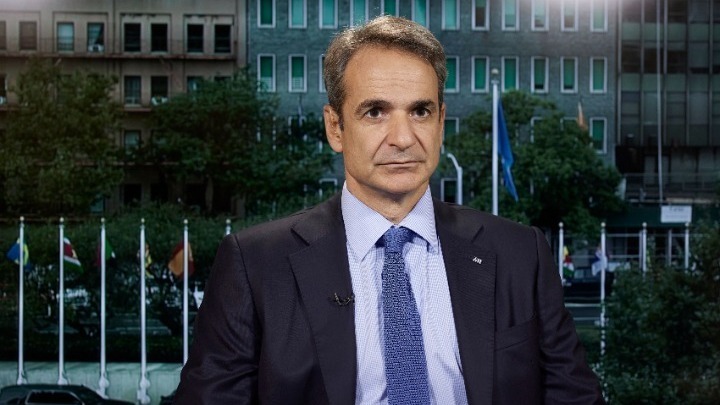 The Turkish leader’s charges against Greece are fake news and deeply disappointing, Greek Prime Minister Kyriakos Mitsotakis said in an interview to CNN late on Thursday from New York.
In New York to attend the 77th United Nations General Assembly meeting, Mitsotakis, who is expected to deliver his address at the Assembly on Friday, said that it is incredible that a country that has instrumentalized the migration issue charges Greece with crimes against humanity.
Responding to the neighboring leader’s address, the Greek premier said that Turkish President Recep Tayyip Erdogan had in March 2020 openly encouraged over 10,000 migrants to cross into Greece and the European Union as a way of adding pressure to the EU. Greece has an obligation to protect the borders and shows absolute respect for human rights.
It is therefore a complete distortion of reality, he said adding that Greece should be in a position to sit down with Turkey and talk like civilized neighbors and collaborate. Mitsotakis underlined that he was the first to note that Turkey has a significant role to play in managing the migration crisis.
Referring to Ukraine, the Greek leader said that the EU had decided to continue sanctions against Russia, and that their effect would take a long time to show up in the Russian economy but they worked. Vladimir Putin’s efforts would fail, he asserted.
Commenting on the rise in energy prices, Mitsotakis said that winter in Europe would be tough, adding that the Greek government was trying to keep prices at sane levels.

This extraordinary property with views on Psarou beach.