There’s a new way to make a splash in Dubai. The Address Beach Resort is home to the highest outdoor infinity pool in a building, at 964.2 feet high, Guinness World Records announced last month.

Sitting on the hotel’s 77th floor, the massive pool is about 311 feet long and 54 feet wide — almost double the amount of an Olympic-sized pool.

From the vantage point, which CNN points out is about nine-tenths the height of the Eiffel Tower, there are sprawling city views, including that of the city’s iconic Burj Al Arab, Palm Jumeirah, and the World Islands, as well as another record-breaker, the Ain Dubai Ferris wheel, which is the world’s tallest.

“We are very honored to have received this accolade,” Mark Kirby of Emaar, the resort’s parent company, said in a statement. “The Guinness World Records titles positions Address Hotels and Resorts at the epitome of luxury and within bucket list destinations for travelers.” 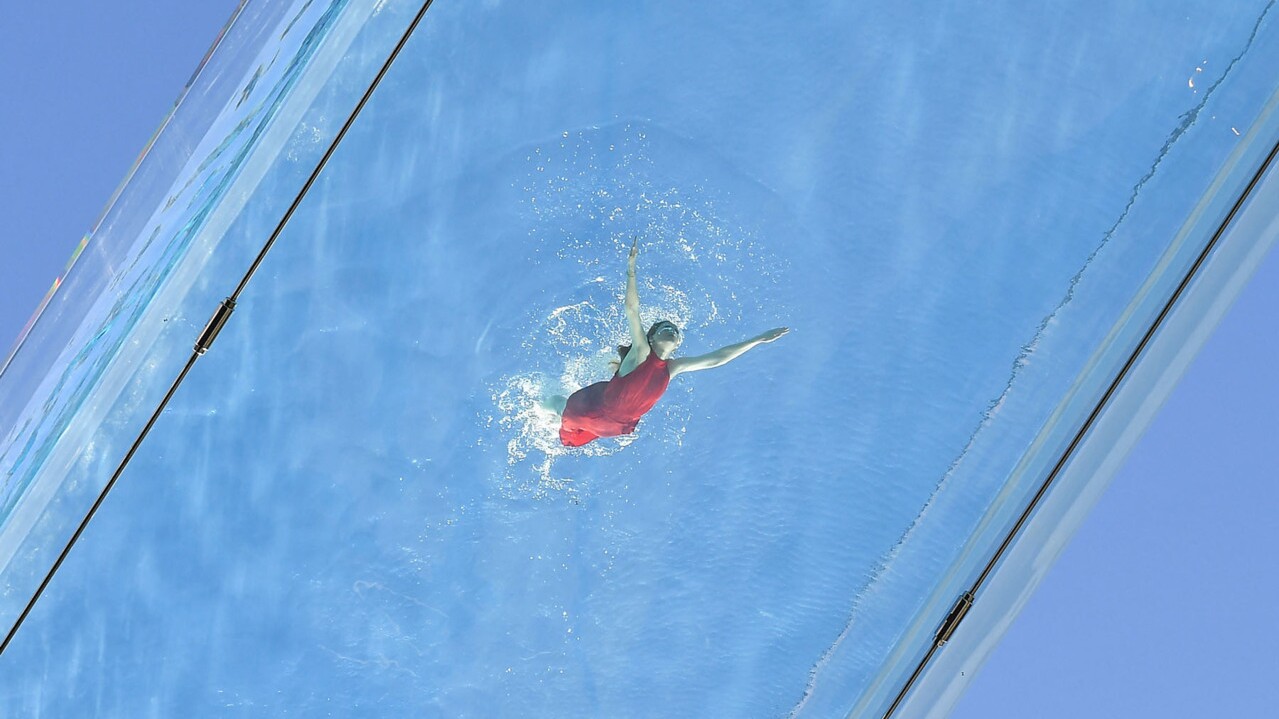 The infinity pool is just one of Address Beach Resort’s pools — the property is also home to an adults-only pool, family pool, and kids’ splash pad. The facilities are open to all hotel guests, but the infinity pool is limited to those 21 years old and up, according to CNN. Also located on the 77th floor adjacent to the pool is the Asian fusion restaurant Zeta Seventy Seven, which offers the same view on land.

And this spectacular feature isn’t the only Guinness World Record that the hotel holds. The resort is part of a 77-story twin tower; the two buildings are joined from the first to 13th floors and again by a skybridge from the 63rd to 77th floors, which holds the record as the highest occupiable skybridge floor, at 965.7 feet high.

Interestingly, another record-setting pool is opening in London later this month. According to CNN, the clear-bottomed oasis, which hangs 115 feet in the air at the Embassy Gardens, will be the world’s largest freestanding acrylic pool structure when it opens on May 19.

11 exciting ways to spend your weekend in the UAE

Welcome December! Wishing you a month filled with health, love and joy!