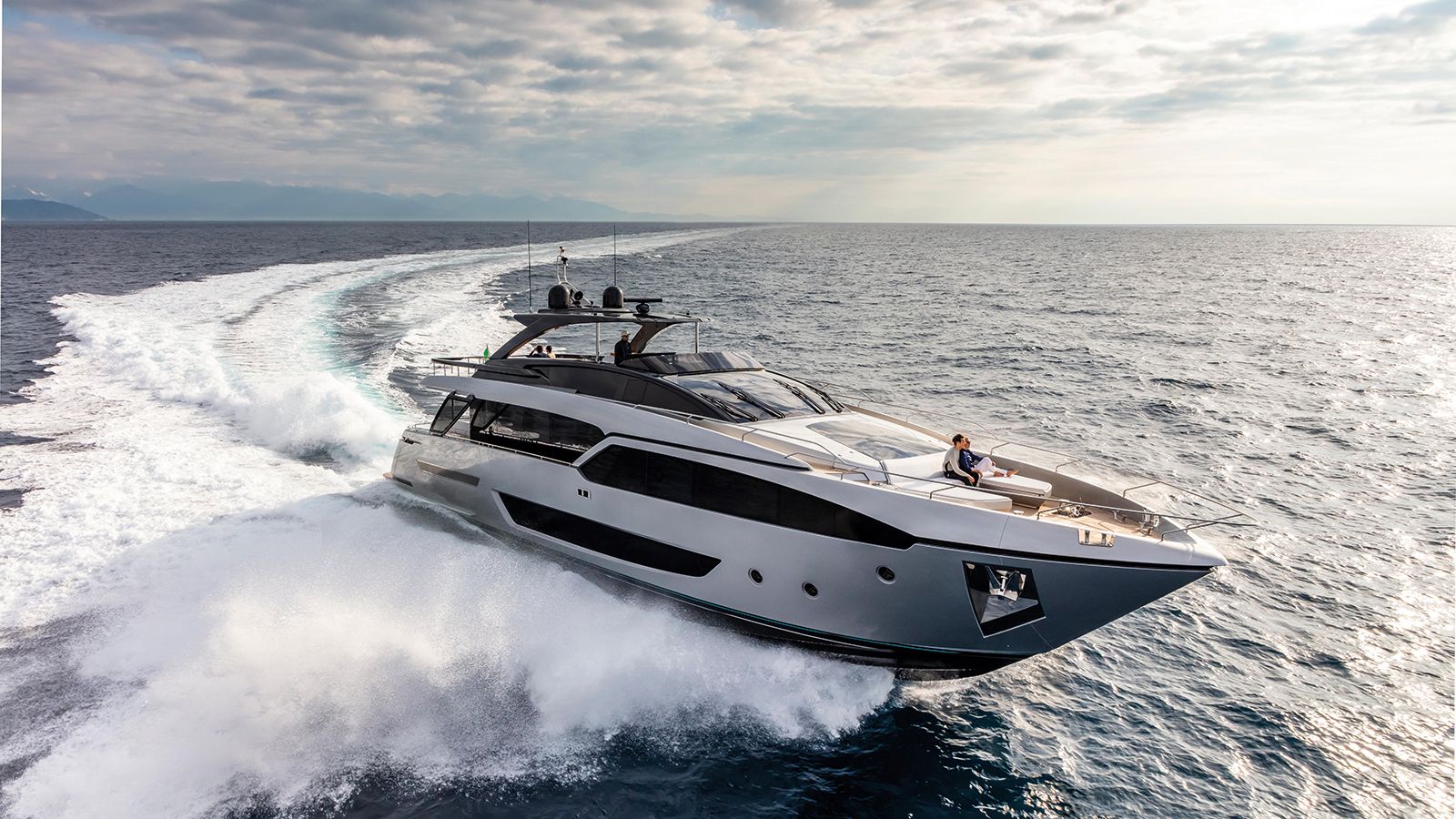 British football superstar David Beckham is the newest member of this exclusive club of owners after taking delivery of a brand new Riva at the end of 2021. The Inter Miami FC owner was spotted at the Ferretti shipyard in Forli earlier in the year, sending rumours swirling, before eventually placing an order for a Riva 90 Argo. Named Seven– his shirt number and the middle name of his daughter – the 28.55 metre superyacht spent its maiden season in Miami with the Beckham family in tow.

MORE ABOUT THIS YACHT

Crown Prince Mohammad bin Salman has led the Saudi Arabian takeover of Newcastle FC. But bin Salman is also understood to own the 134 metre Fincantierisuperyacht Serene. The yacht features exterior design by Espen Øino and interiors from Reymond Langton Design and was the ninth-largest superyacht in the world when it hit the water in 2011. Elsewhere, the yacht boasts 4,000 square meters of interior space across seven decks, plus two helipads and a hangar. Standout features include a sauna and adjacent snow room for a true Nordic experience.

Russian billionaire Roman Abramovich is regularly spotted in the stands supporting Chelsea football club, which he has owned for almost 18 years. But Abramovich is also the owner of the second largest superyacht in the world, the 162.5m Blohm & Voss-built superyacht Eclipse. In recent months, Abramovich’s name has been resurfacing in the yachting world after his rumoured new yacht, the 140 metre expedition superyacht Solaris, hit the water for the first time. The yacht, which is the 13th largest in the world and one of the biggest superyachts to hit the water this year, is designed by Australian designer Marc Newson and was built by German yard Lloyd Werft.

British businessman and owner of the Tavistock Group, Joe Lewis is the majority owner of Premier League football team Tottenham Hotspur and counts the 98.4m Abeking & Rasmussen superyacht Aviva among his possessions. When delivered, Aviva was the third yacht of its name to be owned by Lewis, who also owned a 62m Feadship and 68m also built at Abeking & Rasmussen. One key standout feature on board Aviva is the huge padel tennis court, which is 20 metres long by ten metres wide.

Middle Eastern royal and politician Mansour bin Zayed Al Nahyan, owner of Manchester City football club, is understood to have previously owned 147 metre Lürssen superyacht A+, formerly named Topaz. First delivered in 2012, A+ was designed by Tim Heywood and is listed among the largest superyachts in the world. The superyacht features a helicopter landing pad at its bow and has been previously chartered by Hollywood actor Leonardo DiCaprio.

Sports tycoon Shahid Khan has been the owner of Fulham football club since 2013, after buying the NFL team Jacksonville Jaguars three years earlier. His superyacht, the 95 metre Lürssen Kismet, was first launched in 2014 and went on to win a 2015 World Superyacht Award. As one of the world’s most expensive yachts for charter, Kismet has a weekly charter rate starting from €1,200,000 and has been previously chartered by celebrities including Beyoncé and Jay-Z. Kismet features exterior design by legendary superyacht designer Espen Øino and an interior by Reymond Langton Design.

American businessman and investor John Henry counts the Boston Red Sox and Liverpool football club among his sporting properties, but he is also understood to be the owner of the 65.9m Lürssen superyacht Elysian. First delivered in 2014, Elysianwas designed by legendary superyacht designer Espen Øino and features accommodation for a total of 12 guests and 17 crew members.

Owner of Monaco FC and Russian businessman Dmitry Rybolovlev is understood to be the owner of the 110 metre Feadship superyacht Anna, which was first delivered in 2018. Anna’s exterior design, which is penned by Michael Leach, is characterised by a dramatic architectural curve that links the main deck with the upper deck. The interior meanwhile was also designed by leach in collaboration with the owner’s personal New York decorator Brian McCarthy Inc.

15 OF THE SMARTEST HEN PARTY HOUSES IN THE UK

Promotion of Mykonos to millions of British travelers (By MTC Group).

With Super Paradise as its main focus, this Fall Mykonos will be promoted to...