Best Places to Travel in June 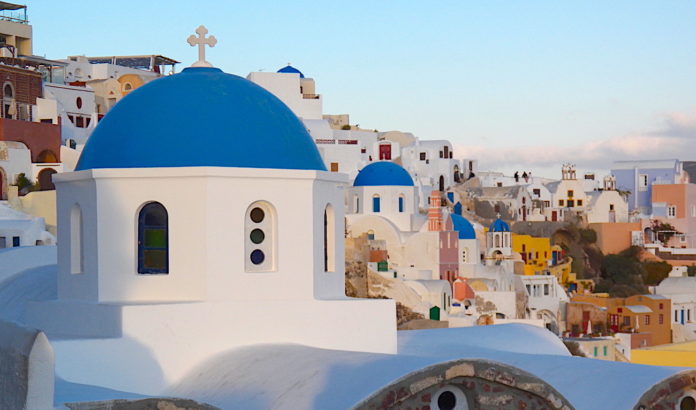 Greece, and in particular the island of Santorini, received high praise at the 2020 Global Traveler Awards, held virtually on Monday by the United States-based travel magazine, being singled out for top awards in several categories.

Greece was named “Favorite Country” for the first time at the awards ceremony, with Ireland and Spain following the Mediterranean country among the most-loved travel destinations.

For the seventh year in a row, Santorini was named the “Best Island in Europe” at the international tourism awards.

Following Tahiti, Greece was ranked second among the “Favorite Honeymoon Destinations” anywhere on the globe. The country was a natural choice, considering its thousands of  islands filled with romantic, sun-soaked beaches against stunning scenic backdrops.

In response to the number of awards received at the ceremony, Dimitris Fragakis, the Secretary General of Greek National Tourism Organization, stated that they are “another assurance of Greece’s position as a highly preferred tourist destination internationally.”

“In an extremely competitive field, our country displays its comparative advantages to the international market,” Fragakis added.

Of course, the tourist season in 2020 experienced a devastating impact from the global pandemic, and hotels, airlines, tour guides, and entire countries which rely on an annual flood of tourists have been put in the some of the most difficult economic circumstances in recent memory.

Greece, however, refused to succumb to the situation, seeing the pandemic as a chance to invest in long-term, sustainable tourism, in hopes of mitigating the damage caused by the grim season.

This more “green” tourism is viewed by many as the future of the industry in the wake of Covid-19 and the wishes of many consumers to choose more ecologically-aware destinations.

Greece on list of most hospitable places on the planet

How Expo 2020 Dubai will bring the world together again

Tickets to Emirates Airline Festival of Literature available from tomorrow