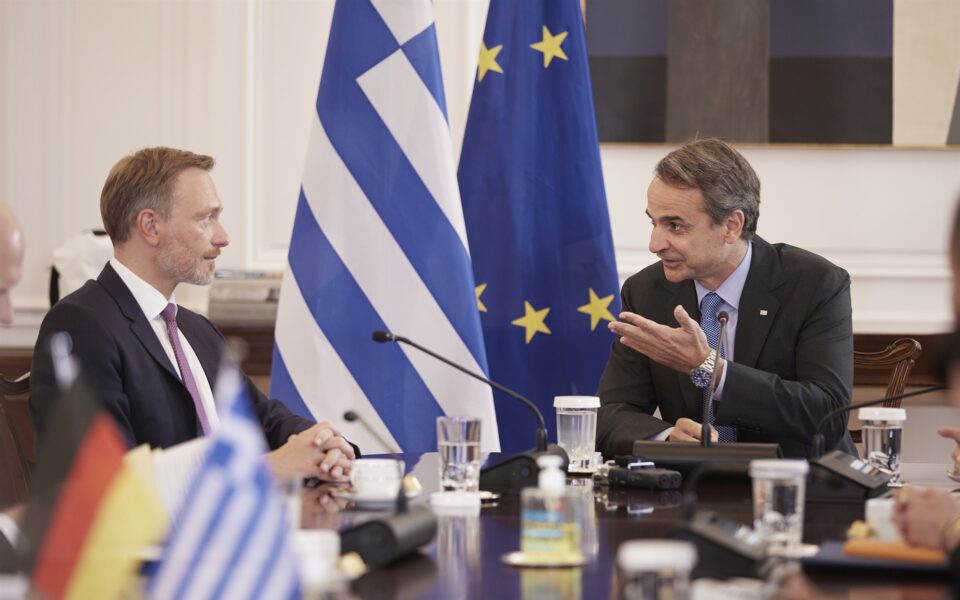 Prime Minister Kyriakos Mitsotakis (r) with German Finance Minister Christian Lindner during a meeting at Maximos Mansion on Tuesday. The conservative leader voiced his satisfaction over Greece’s impending exit from the strict regime of post-bailout monitoring by EU institutions in August, while expressing hope that the country will bounce back to investment grade in 2023. “I believe this is absolutely possible,” Mitsotakis said. Lindner hailed the end of the enhanced surveillance regime, adding that it “signals a gradual return to normalcy.” “We would like to encourage our Greek friends and partners to continue their ambitious reform program as it has proved its worth and effectiveness,” he said. [AMNA]

Walk in the unique alleys of Mykonos where the Semeli Hotel lays.

Rare is the union of beauty and purity at Principote Mykonos