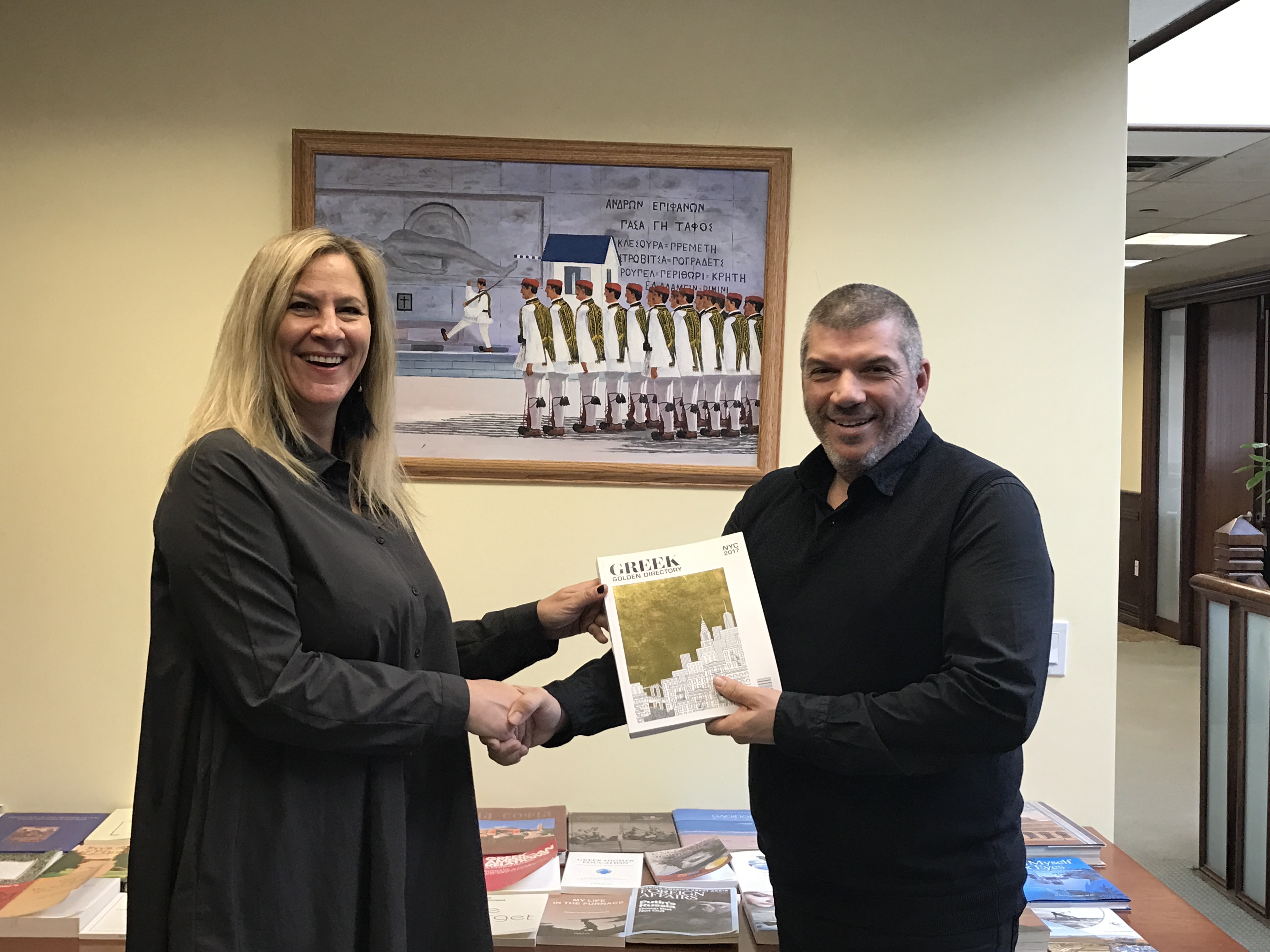 Evangeline Plakas presented her idea and her remarkable work to Kostas Skagias. The Hellenic Golden Directory is published in over 10,000 copies, distributed to reputable Greek businessmen of New York, as well as American businessmen and is also placed as a coffee table book – directory in over 50 5* hotels.

The Hellenic Golden Directory’s idea is to showcase Greek and Greek-American entrepreneurs who in recent years have been responsible for some of the most prominent businesses in New York, to create links between them and to promote these businesses to the purely American market with the aim of developing collaborations.

Kostas Skagias was entrusted by the publisher with the selection of the best businessmen from the islands of Mykonos and Santorini, in order to be featured on the Hellenic Golden Directory. Kostas Skagias was honored to accept the assignment of ” Mykonos Best & Santorini Best” and congratulated Evangeline Plakas on her vision of the Hellenic Golden Directory.

The Hellenic Golden Directory is under the auspices of GNTO (Greek National Tourism Organization) while Mrs. Elena Kountoura serves as the Minister of Tourism.

Gulf Air flights to the United Kingdom continue to operate

The Best Bars and Restaurants in the World: The 2021 Gold List

10 SUSTAINABLE DESTINATIONS TO VISIT IN 2021