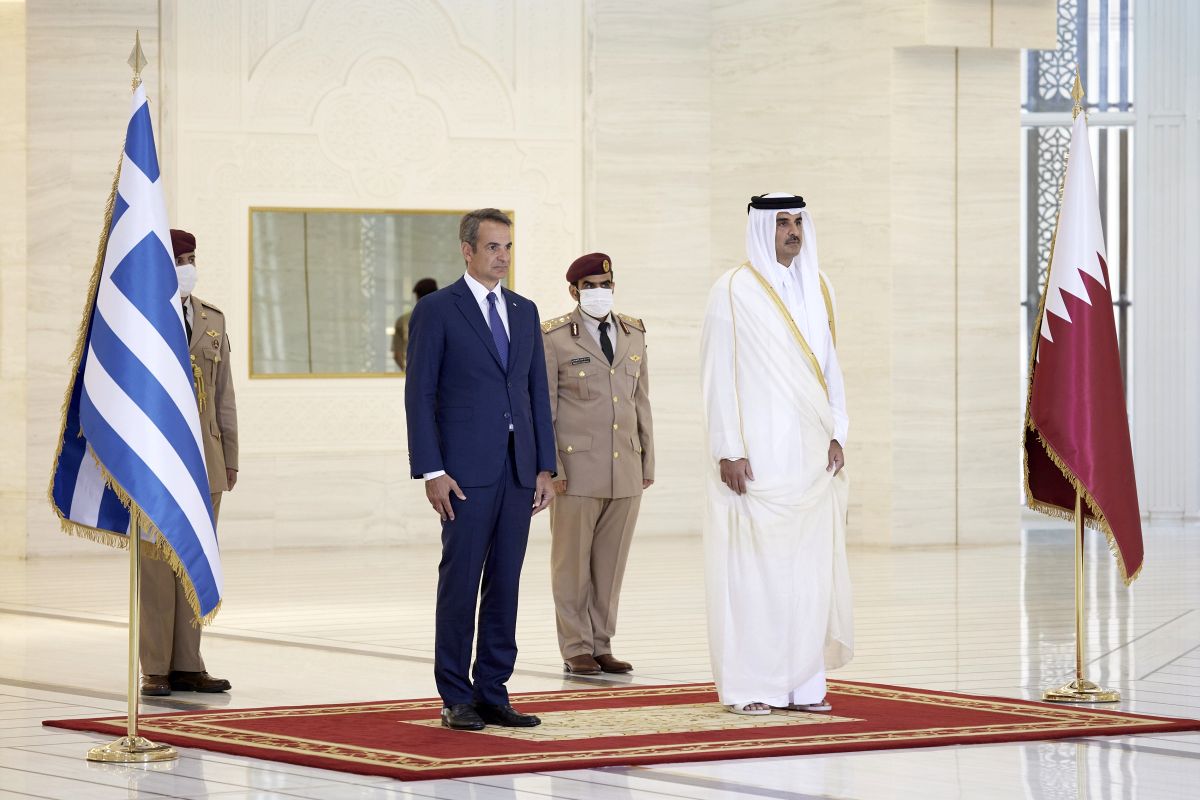 Cooperation in tourism, infrastructure and energy topped the agenda of talks between Greek Prime Minister Kyriakos Mitsotakis and the Emir of Qatar, Sheikh Tamim bin Hamad Al Thani in Doha this week.

In his first official visit to Qatar, Mitsotakis underlined the importance of maintaining stability in the wider region and ensuring peace is not undermined particularly during the current turmoil created by the Russia – Ukraine war. He went on to acknowledge Qatar’s key role in the Gulf, a region crucial for Greek interests.

The meeting focused on ways to reinforce cooperation in the energy sector, given Qatar’s leading position in natural gas production.

The two leaders agreed to further tighten bilateral ties and deepen cooperation in other areas as well, including science, culture and sports.

Mitsotakis went on to add that thanks to Greece’s strategic position in the area, it can become a bridge between Qatar and Europe and serve as a point of entry for energy for the European market, both through its station in Revythousa and Alexandroupolis.

Lastly, he reiterated that Greece was a reliable partner and a pillar of stability in the region, particularly after the country’s exit from enhanced surveillance status this month, which opens a new chapter for Greece and paves the way for more investment opportunities.

Indicative of the positive climate between the two countries, earlier this year the Greek National Tourism Organization (GNTO) and Qatar Airways announced a joint campaign to promote Greece as a tourism destination in the United Arab Emirates, Qatar, and Saudi Arabia.

Last week, the GNTO announced that it had partnered with online travel marketplace Wego to attract more travelers to Greece from the Middle East and North Africa (MENA).

Meanwhile, Qatar Airways operates three weekly flights from Doha to Santorini, the third destination served in Greece by Qatar Airways together with Athens and Mykonos.

Making your way into Summer 2022 at Pasaji Mykonos

Grecotel Mykonos Blu was chosen by the Water Polo Olympians during their visit to...

THE 15 PRETTIEST PLACES IN PORTUGAL