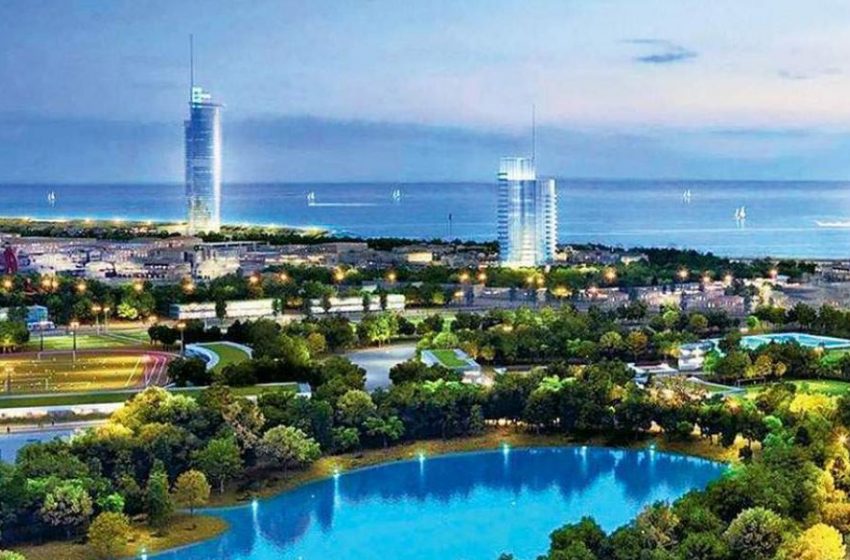 The establishment of a special purpose company of Brook Lane Capital with Hellenic SA Lamda Development was announced with the purpose of jointly developing a mixed-use tower in Ellinikon in the area of ​​Vouliagmeni AvenueIn the announcement of.

The value of the investment amounts to 200 million euros and in the Brook Lane  joint venture will hold 70% and Elliniko SA. 30%. Within the business center (Commercial Hub) a state-of-the-art Mixed Use Tower will be developed, consisting of office spaces (learn more here), a luxury hotel and residences. The project will be delivered within the first five years of the Elliniko development.

The full Lamda Development announcement is as follows:

“LAMDA DEVELOPMENT S.A. (hereinafter the “Company”), in accordance with Regulation 596/2014 / EU and the Regulation of the Athens Stock Exchange, each as in force, announces the following regarding the emblematic work of Elliniko:

In the context of the implementation of the business plan for the development of the emblematic project of Elliniko, the Company and ELLINIKO SA concluded on 27.01.2022 a Framework Agreement with a company of the BROOK LANE CAPITAL group for the development of a state-of-the-art mixed use tower (“Mixed Use Tower”), inside the Business Center (“Commercial Hub”) in the area of ​​Vouliagmeni Avenue, the which will be completed during the first five-year implementation phase of the Hellinikon project.

This cooperation concerns the implementation of a mixed use tower (“Mixed Use Tower”) consisting of office space, luxury hotel and residences, intended to be a landmark of the whole area. Subject to the fulfillment of the conditions provided in the above Framework Agreement, the development will be done through a special purpose company, in the share capital of which a company of the BROOK LANE CAPITAL group and HELLENIC SA will participate, at a rate of 70% and 30 % respectively.

The time it will take to complete the above sects is estimated at about six months.

The total investment for the creation of the Mixed Use Tower is estimated at € 200m. “