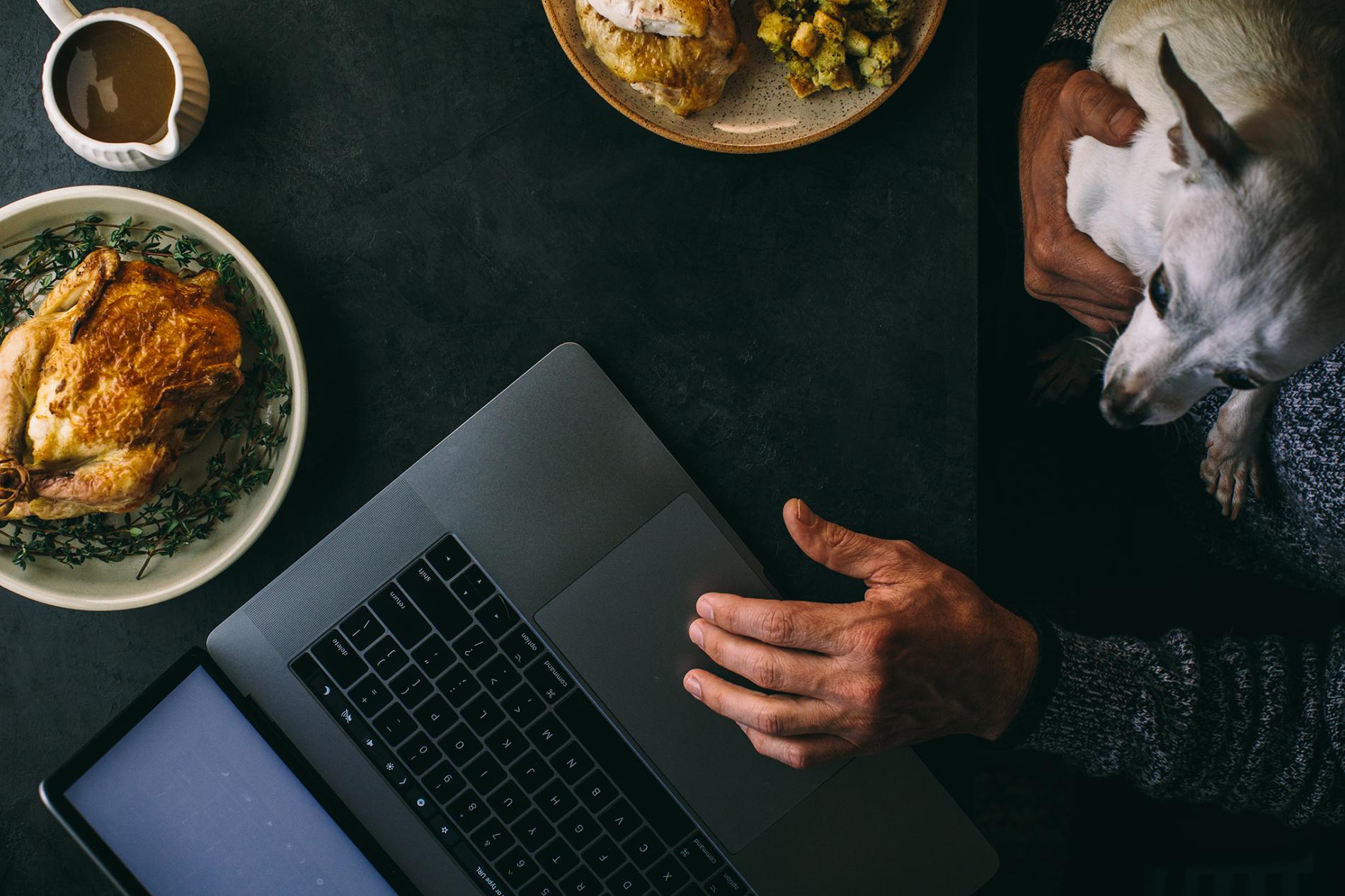 HAZEL MAYFIELD USUALLY cooks the Thanksgiving meal for her extended family in Houston, Texas. She usually welcomes friends and neighbors eager to sample her Cajun fried turkey, green bean casserole, candied yams, homemade cornbread dressing, and dirty rice—just a few of her signature dishes. Known as Suga Mama, because her grandchildren think she’s so sweet, the 91-year-old typically likes to do her own shopping for the ingredients to make her special dishes.

“My mother is the head cook of the family,” said Paulette Mouton, Mayfield’s daughter. “Because of her reputation, you know, there’s people in and out all day, everybody’s family comes through. They want to get some of Sugar Mama’s cooking. We’re from Louisiana and we cook all that.” (One in six Americans could go hungry in 2020 as pandemic persists.)

But Mayfield hasn’t been to the grocery store since March. And there is little about Thanksgiving 2020 that’s usual. Hundreds of thousands of American families have re-imagined the holiday with virtual celebrations, canceled or delayed travel plans, or opted for small gatherings with people in their households in response to COVID-19, the deadly virus that has killed more than 250,000 in the U.S. and upended life around the world.

This year, Mayfield’s family members are lamenting the absence of a big gathering. They’ve explained to their young children and grandchildren why this year’s Thanksgiving is different. Mayfield’s youngest daughter, Michelle Sanders, says it’s tough helping her grandchildren understand why they can’t see some of their other family members.

“It’s really hard, trying to explain to them,” Sanders said. “When you’re talking to them and they’re like, Nana, I want to come over, you have to tell them no. They really don’t know how to be careful.”

TRAVELDestinations on the rise for 2021

On what would normally be the busiest holiday travel week of the year, Americans around the country have altered Thanksgiving plans in favor of safer, less risky alternatives. Still, more than three million people are reported to have traveled through U.S. airports this week. AAA anticipates a 10 percent drop in holiday travel this week, the largest drop since the 2008 recession. Given CDC travel warnings, some called for even greater limits on travel. For larger families whose Thanksgiving traditions go back many generations, this year is especially difficult. (Here are 10 ways families can minimize holiday travel risk.)

Angie McWhoter, Mayfield’s granddaughter who lives in Los Angeles, California, had to cancel her trip to Houston. Over the last 28 years her family has traveled to Houston 26 times for Thanksgiving, and this year just doesn’t feel right.

“We are not a once-a-year-visit kind of family, McWhoter said, and Thanksgiving is a given. “All the kids, all the cousins, everybody knows where they are supposed to be. So, it’s just crazy.”

Family is what McWhorter says she’ll miss the most this holiday, but she doesn’t want to run the risk of getting Suga Mama and other family members sick.

People wait in line to receive food at the Bay Area Rescue Mission’s Thanksgiving Giveaway in Richmond, California on Tuesday, November 24, 2020. Food banks across the country are working to meet record demand as the economic fallout of the Covid-19 pandemic has increased… Read MorePHOTOGRAPH BY DAVID PAUL MORRIS, BLOOMBERG/GETTY IMAGES

Like many other holidays and events in 2020, adjustments to traditional norms are required. Too many families will have empty seats where their beloved family members who lives were taken by COVID previously sat. For some families trying to maintain a sense of normalcy, stark reminders of the pandemic are everywhere.

In addition to parades being canceled, many cities and states have put stay-at-home orders or restrictions into effect for the Thanksgiving holiday. Chicago Mayor Lori Lightfoot placed a stay-at-home-order on the city and urged people to cancel all traditional Thanksgiving plans. Governor Tom Wolfe of Pennsylvania issued a statewide stay-at-home restriction, which has forced most businesses to go remote.

Whether socially distancing with family members or hosting a virtual Zoom meetup, this year’s holiday is unorthodox. COVID-19 not only has changed holiday travel plans for Americans domestically, but it has had an effect on Americans outside of the country trying to return home to be with family.

Lindsay Walsh, originally from San Francisco, California, moved to Mexico City in 2014 for a job at a startup company. Since 2014 she has always traveled back home to the United States to spend the holiday with her family. But this year she’ll be spending her holiday in Mexico with her husband.

“This is going to be the first Thanksgiving that I’ve not spent with my family,” Walsh said. “It’s going to be essentially cooking all day, you know, hopefully cracking open a nice bottle of wine, and then we have plans to eat on Zoom with my family.” (Don’t let the pandemic rob us of joyful traditions—even grim, uncertain times can hold sparks of love and light.)

Walsh said her mother and two sisters are currently in the San Francisco Bay area, and her father lives in Barbados with his partner. “So, we’re going to be kind of triangulating three different countries, three different times zones, trying to see if we can all get on Zoom at the same time and enjoy a meal.”

The Thanksgiving holiday is something Walsh has always looked forward to, since she hasn’t lived in her hometown since she left for college. Now she has to wait until next year to see her family in person again.

“This is now the longest I’ve ever gone into my life without seeing my family,” she said.

“So, it’s just, beyond all of the rituals—which in and of themselves are really often comforting—it’s really the loss of being able to see my family and that kind of weight that I think I’ve been struggling with.”

THE BEST ROAD TRIPS IN EUROPE

How Will You Know When It’s Safe to Travel Again?