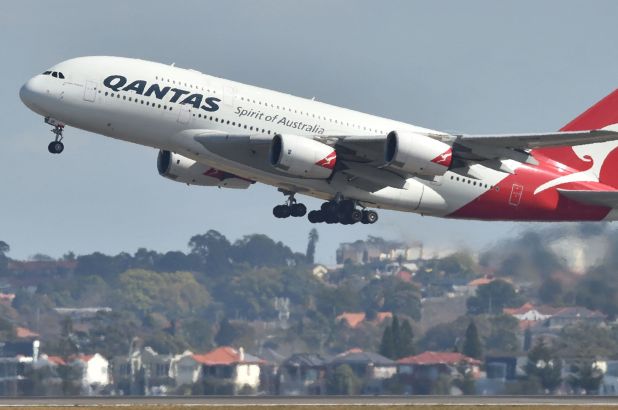 (CNN) — Australian airline Qantas said it plans to resume international flights by the end of October, 2021.The company released its half-year financial results on Wednesday and included the confirmation that it has a plan to restore international flights by the fall. That applies to both Qantas itself and to Jetstar, the lower-priced carrier also owned by the company. The airline also intends to ramp up trans-Tasman flights to New Zealand by July.The autumn date was chosen as the airline believes it will dovetail with Australia’s country-wide Covid-19 vaccination efforts.However, don’t expect those flights to look the same as they did before coronavirus. For example, only 22 of its 25 international routes (including Los Angeles, Johannesburg and London) will return on or before October 31. Meanwhile, Jetstar will resurrect all 13 of its routes, which include flights to Bangkok, Seoul and Tokyo.Related contentAustralian airline Qantas celebrates its 100th anniversaryFewer planes will run on each route, and fewer passengers will be on each plane.A representative for Qantas says that the airline is looking into several digital health passes, AKA “vaccine passports” that will verify whether a passenger has been vaccinated. Some countries are allowing vaccinated travelers to bypass quarantining upon arrival, which is a critical first step for slowly reopening the global tourism industry.Not surprisingly, Qantas has taken a financial hit since the pandemic began last year.Despite creative ideas like a seven-hour sightseeing trip dubbed “the flight to nowhere,” Qantas has struggled as Australia kept its borders almost entirely shut to non-residents.Related contentAirline industry app could open up quarantine-free travelQantas, Australia’s oldest airline, turned 100 in November 2020. It began life as the Queensland and Northern Territory Aerial Services, operating mail planes that delivered packages and materials to some of the outback’s most remote settlements. Its first international flight route was to Singapore in 1935.According to the airline, international travel is not expected to fully recover until 2024.

Your Easter destination in Mykonos!

The 10 Best Markets for First-Time Homebuyers in 2022

Travel the boundless sea with Skipper-bsk

What’s the Safest Way to Quarantine Before and After Travel?

Editor’s Letter: Celebrating the Resilience of the Travel Industry