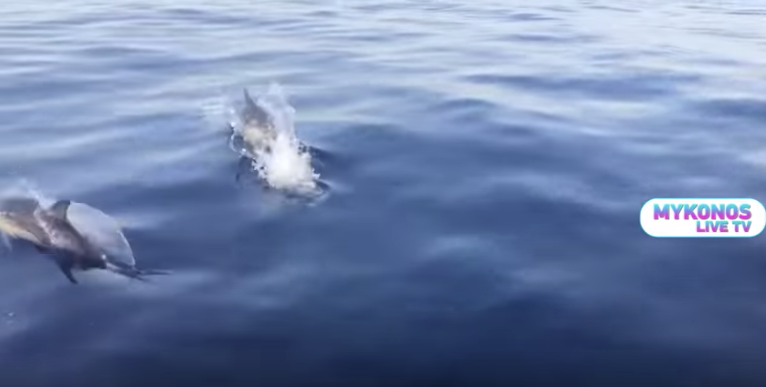 Tourists amazed at the beautiful sight

A group of tourists was lucky to witness a beautiful sight as they were sailing on a boat in Mykonos when a small pod of dolphins emerged from the sea near the coast. 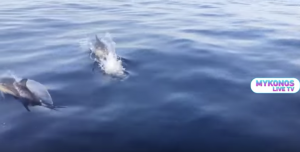 The playful sea mammals were captured by local, Tasos Dactylidis who took out his cell phone and immediately started recording them and uploaded the footage on YouTube.

The dolphins jumped out of the water and frolicked around putting on a show for the enchanted viewers.
The appearance of dolphins is not a common phenomenon in Mykonos due to the strong winds blowing on the island throughout the year since it is known that the mammals prefer calm weather.