Mykonos PromoProject Aegean Islands Promo
Home Mykonos Promo With Super Paradise as its main focus, this Fall Mykonos will be... 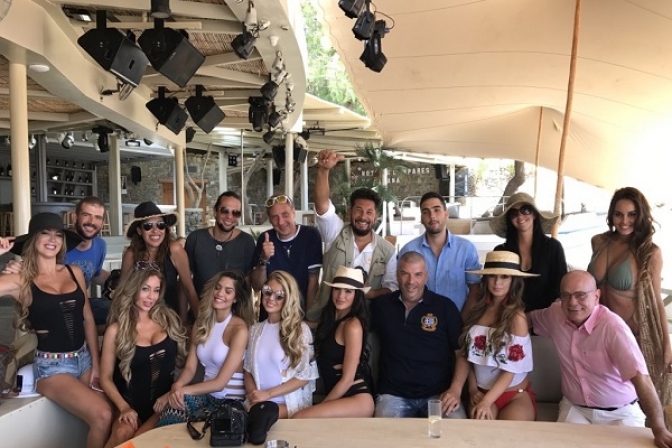 Having Super Paradise as its main focus, Mykonos will experience a significant promotion this year regarding the Latin American market, after six days of hosting provided by the famous beach club to the Mexico Travel Channel‘s multi person TV crew.

The tourist product of the island, including selected accommodation, restaurants, bars, shops, yachting and diving companies, etc., will be featured in the travel show “Destinos Del Mundo”, which is broadcast by the leading travel TV channel and established television platforms, like Canal+, attracting the interest of more than 22,000,000 viewers from Mexico, Colombia, Venezuela, Peru , El Salvador, Panama, the richest nowadays US states such as New York, California and Illinois, as well as Spain and Portugal. The advantages of the show include strong social networking, as well as a large number of re-airings of the episodes, more than four on an annual basis, which of course multiplies the effectiveness of the promotion.

The organization of the trips was undertaken by MTC GROUP in cooperation with the Municipality and the tourist professionals of Mykonos, as well as the on-the-spot diligence of the representative of the consultancy company and corporate relation manager, Kostas Skagias.

Cruise Cancellation Policies: What to Know

These Are the Most Searched Travel Questions Right Now — and We Have the...