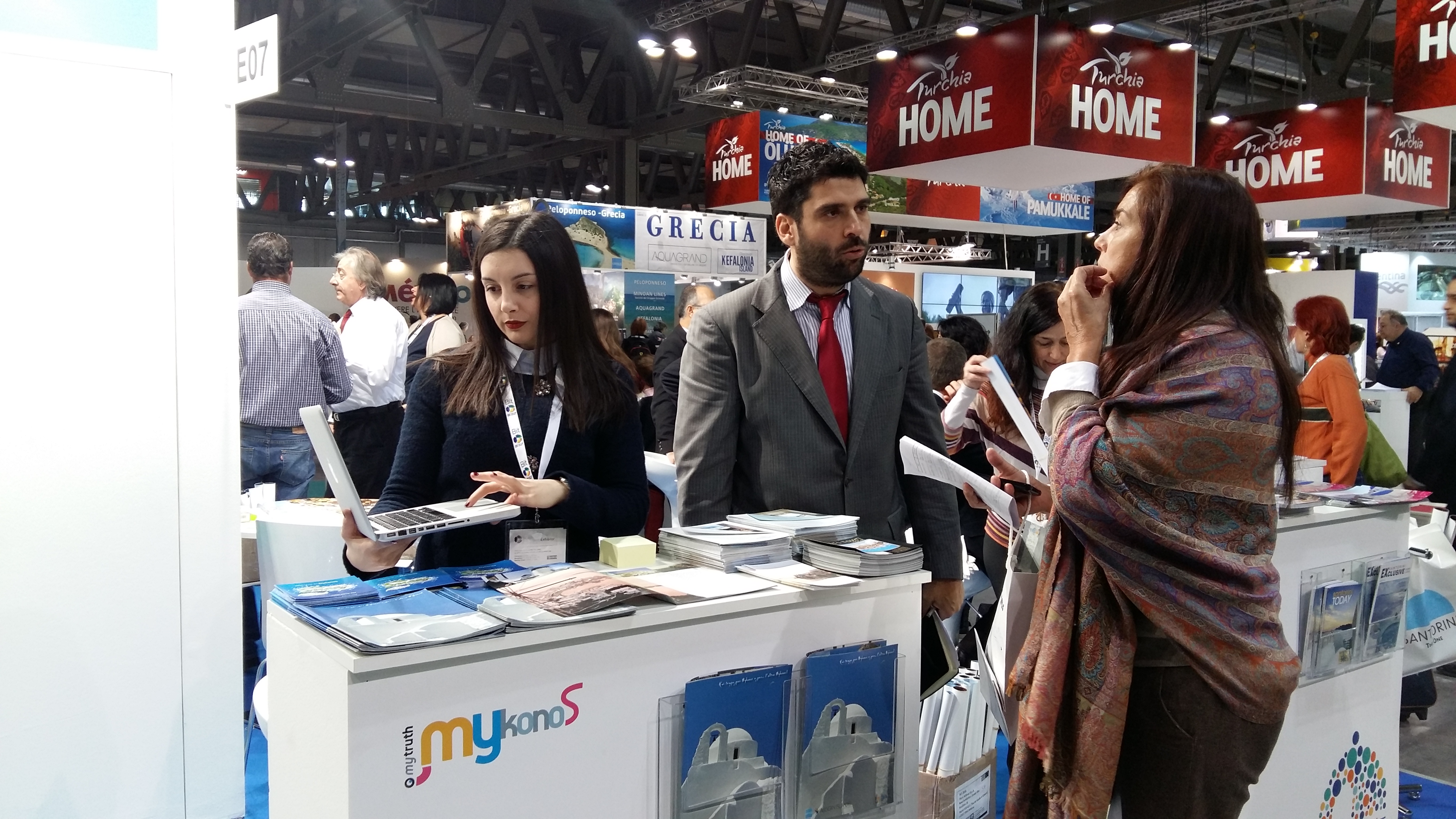 Dozens of scheduled meetings were held on behalf of the Municipality of Mykonos within the framework of the participation in the BIT international travel market in Milan, which ended on the 13thof February 2016.

In particular, MTC GROUP, the consultant company of the Municipality of Mykonos with a three-member team and the General Director, Makis Bitzios, had meetings with journalists, travel bloggers and Presidents of Associations of Bloggers from Italy, as well as travel specialists, travel agencies and airlines, aiming at the enforcement of Mykonos’ presence in the Italian market.

More specifically, with the Commercial Director of VOLOTEA airline, mrs Valerie Rebasti, it was agreed to seek collaborations concerning the promotion, as to increase the demand in the off-peak tourist season.

However, contacts have expanded to other markets, such as a collaboration for the organization of an acquaintance trip with 10-15 travel agents from Canada  who are specialized in luxury tourism, as well as the possibility of an inspection trip with Tour Operators from India.

In his statement, the Mayor of Mykonos, mr. Konstantinos Koukas, pointed out the multifaceted character of both, the specific one and the following participations of the Municipality in the sense of both, the consolidation of the existing travel markets as well as the opening of new ones and he also welcomed the positive messages which predict, as he mentioned, yet another successful tourist season for Mykonos.

Mykonos Ammos Hotel : Are you ready for a dive?

Emirates is giving away edible holiday gifts in all classes on Christmas eve and...